“I’m always intrigued by things that have lasted the test of time,” says Luke Eres, Wealth Consultant and Director at Innate Wealth in Melbourne. He’s talking about history: Barcelona’s Gothic architecture, Roman England and the Boston Tea Party. But it could also be his approach to running a small to medium enterprise (SME).

Eres joined Innate Wealth in 1996 with the desire to provide excellent client service but tried to resign three months later, disillusioned by a system that he felt didn’t hold clients’ interests at its core. Instead of accepting Eres’ resignation, his boss at the time told him to build what he wanted the future to look like. His vision was so strong and successful that Eres became equity partner less than two years later. He was 25.

It was a logical step forward for Innate Wealth to acquire an accountancy business in 2014. Eres sees financial planning and accountancy as two sides of the same coin. “Financial planning is looking forwards while accounting is looking backwards. When you ask, ‘What’s the best possible outcome for the client?’ it seemed to me common sense that the two would go hand in hand. Bringing accountancy to the office meant that we could control the outcome better.” Yet Eres hadn’t imagined how challenging the process of integration would be.

The accounting business that Innate Wealth acquired in 2014 was one they’d worked with for seven years. “We knew how they operated. We understood their philosophy and value sets. That was important – you can’t acquire a business without knowing that stuff. But we knew it from 30,000 feet. We didn’t know it deeply enough,” he says.

“Today, I’d say the acquisition has been enormously successful, but in the early and latter parts of 2014, I’d probably have said it was one of the worst decisions we’d ever made.”

Change was resisted relentlessly by some members of the team of 16 Eres had inherited with the accountancy business, which took his total staff to 24, over two sites. “There were times in 2014 when I felt like I was going to war every day of the week,” he recalls. “It was the first time in my career when I hated going to work. Having so much negativity around me exhausted me and took away all my oxygen.” Part of the problem, he acknowledges, is the terminology he used when speaking to team members from the accountancy firm. “I’d use words like ‘merger’ and that only exacerbated the problems,” he remembers. It was only when he changed the language from “merger” to “acquisition” and insisted they unite in one physical location that the mood started to change. He also made it clear to everyone they were free to leave if they didn’t like the direction he took.

After a month away from the business in September 2014, “physically and mentally exhausted”, Eres was clear about what he had to do: at the time of acquisition, the accountancy business turned over $1.3 million annually. Now, with the accountancy side of the team half the size it once was, it’s turning over $1.6-$1.8 million annually. “The transformation has been nothing short of extraordinary,“ he says. “Revenue-wise, we’re up 15 per cent, but from a profit point of view, we’re up about 270 per cent. I could write a book about what we did wrong and what we did right to fix it.” The mistakes Eres felt he made were related to culture: building a sense of one team with shared goals in one physical location. Once these issues were corrected, the business’s bottom line benefited, as productivity and customer service improved.

The ordeal taught Eres volumes about himself. “I’m 6’2” and well built. I can probably be quite intimidating, but I don’t like confrontation and being heavy-handed. I had to find parts of my DNA that I wasn’t comfortable with, to get things across the line,” he recalls.

September 2015 saw relocation of the accountancy business to the same site as the wealth management business. Trying to run the business as a united enterprise from two separate locations had not worked. In attempting to smooth the transition for staff in the accountancy business, Eres believes he sacrificed essential steps for successful integration. “We had made a cardinal error,” says Eres. “When we had built the business case for this new world, we were very firm. In order to consummate the deal, we gave up some of those key objectives that we had: language, branding, locations. The key learning was if you’ve gone down a particular path and written a business case, the business case is valid. We allowed too many factors to make us deviate from that. It caused us untold grief.” It also cost a lot of money, which, on balance, Eres considers a net gain. What he learned from his expensive mistakes has proven integral to knowing how to manage the business moving forward. This includes sticking tenaciously to his original strategy plan for the integration – derailed by wanting to bend over backwards to appease members of the accountancy team at the start. “It’s the best money I ever spent, because I learned so much as a result. And I [effectively] got an MBA into the bargain,” he laughs.

The focus for Eres has now turned to culture. “You’ve got to live and breathe the example that you want to set,” he says. “You can’t talk about culture from outside of the trenches: you come up with specific rules and traits and they become non-negotiable. The minute somebody can’t live up to those rules, it’s the minute they’re not a good fit for your organisation. Then you must manage the change as quickly as possible.” In uniting the two businesses, it was essential to Eres that they share one physical workspace. He encountered resistance, but eventually managed to realise his vision.

The business in 2016 has moved away from the reactive decision-making of recent times to concentrate on a five-year plan, focused on context. Previously, a client would arrive with facts and figures, and it was Innate’s job to create a new outcome from those raw materials. Now the goal is to understand a client’s DNA. “We don’t control the client relationship, we navigate it,” Eres explains. The way forward is to focus completely on service and relationships, and have each element of wealth management and accounting serve those objectives. “It’s about having open and honest discussions,” he says. “You learn to ask the right questions.” He also sees meticulous definition of a business as key to its success. “You’re in client relationships, product design or infrastructure,” he explains. “You can’t be in all three. At the moment we’re in all three and that’s what we are moving away from.”

Where necessary, Eres retained outside expertise, like the external board chairman who served for a period. “He trained us in aligning our thought processes to be consistent,” says Eres. “When you’re running a SME you’re inclined to move with the weather. He trained us to think through those seasons and not be swayed by the tide.” Eres also learned his staff needed to see the emotional side of their CEO. “I think they need to see your pain and understand and appreciate what you’re doing and why you’re doing it. They need to see your frustrations, your wins and losses, to humanise what you’re trying to do,” he says.

Restructuring fees was key to the redesign of the business. “We rebuilt the model at no expense to the client,” Eres explains. There are two levels of fees in the new model: First, the strategic advice fee and second, an investment management fee. His aim has been to deliver the initial vision in a shorter time than projected, which cuts fees for the client. Then he moves them to the (lower) management fee level.

Clients fell in love with the new experience and haven’t complained, even in cases where annual fees have risen from $20,000 to $75,000. “We had the value discussion,” he says. “When you’re making decisions and there’s a problem, who do you ring? Who provided you with the answer that’s in your best interest? And what’s that worth to you?”

Along with the new generation in technology-based product offerings is the Millennial worker and client. Eres embraces them. Millennials make up 60 per cent of his staff and he says they complement his business. “I think they’re extraordinary in their thought processes and seeing things differently. I like the fact that they are happy to embrace the unknown. If there’s a criticism… they’ll say they’re really busy but are happy to come in at 8:30am and leave at 5pm.” From a client perspective, Eres finds Millennials engaging as well. “They don’t want to be clients. They want to be part of a community and a social movement that is about making the world a better place.”

To explain his work to his three children aged 15, 13 and 11, Eres says, “I tell them I’m part-time priest, psychologist, lawyer. You don’t need to be expert in any of those areas. You just need to listen. Ask the probing question, and they’ll give you the answer. Just listen.”

At the end of the day, Eres observes, he’s in a human business. “Starbucks used to be a coffee company that served people. Now it’s a people company that serves coffee,” he says. “It’s an important distinction.” With a leadership team in the trenches and eyes on possibilities, Eres forecasts a robust future.

Why it’s time to talk to your clients about fees 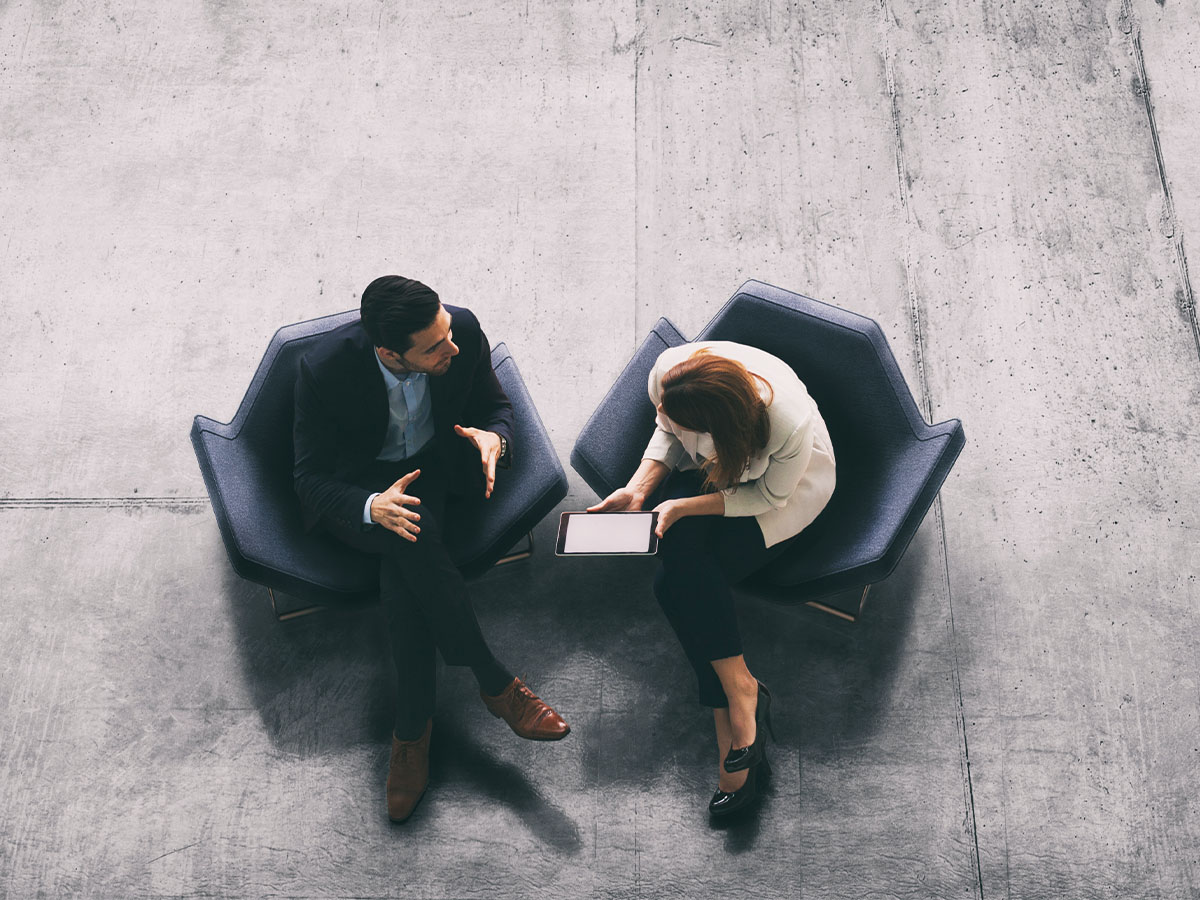 What do new clients want from their advisers?

3 ways Managed Accounts give you a personalisation advantage

The platform that delivers the advice tools you need to deepen your client relationships and grow your business.

With managed accounts you can change client conversations from administration to strategy.

We bring you technical updates, financial insights and industry expertise.

Talk to us today

To speak to a specialist complete this form and we'll be in touch.

Visit our Adviser Help Centre and search our adviser FAQs.

The information on this website is provided for the use of financial services professionals only. In no circumstances is it to be used by a potential investor for the purposes of making a decision about a financial product or class of products.

In order to proceed, please confirm that you are a financial services professional by clicking 'I accept'.

I accept I decline

Unless stated otherwise, this information has been prepared by Macquarie Bank Limited ABN 46 008 583 542 AFSL and Australian Credit Licence 237502 and does not take into account your client’s objectives, financial situation or needs.

This information is provided for the use of licensed and accredited brokers and financial advisers only. In no circumstances is it to be used by a potential client for the purposes of making a decision about a financial product or class of products.